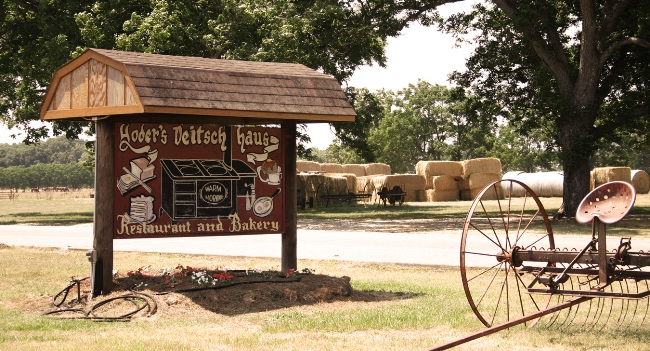 Mennonites are Christians whose origins can be traced back to 16th-century Anabaptists, a radical group of religious reformers who emerged in Switzerland during the Protestant Reformation. Mennonites arrived in America during the 17th century but did not establish a significant presence in Georgia until the 20th century. As of 2007 more than 1,000 Mennonites lived in Georgia.

The first Amish or Mennonite settlement in Georgia was established in Pulaski County in 1912. The second was founded two years later in Appling County by a group of Old Order Amish, a conservative branch of the Mennonite faith. This venture was largely unsuccessful, however, and all but one member of the community had moved away from the state by 1923.

A community of Beachy Amish Mennonites from Virginia formed a more permanent settlement in 1953, which thrives today near Montezuma, in Macon County. Deriving their name from Moses M. Beachy, the sect's first bishop, Beachy Amish Mennonites accept some technological conveniences that Old Order Amish prohibit, including automobiles and electricity. However, they still strive to maintain a separatist posture in relation to American society, rejecting such modern forms of entertainment as movies and television.

The original Montezuma Mennonite Church remains the largest church in the area. Two additional churches -- Clearview and Gospel Light -- were formed in 1988 to fill the growing community’s needs. Guests are welcome to attend Sunday services at any of the churches, which adhere to basic Bible beliefs with strong emphasis on family unity and land stewardship. The community in Montezuma also supports three Mennonite schools.

The White House Farm Bed and Breakfast and the Deitsch Haus restaurant, both operated by the Yoder family in Montezuma, offer visitors a glimpse of life in a Mennonite community.

According to an article by Jackie Kennedy in Georgia Magazine:

"Situated in the heart of this Amish Mennonite farming community, White House Farm features 250 acres of pastoral property on which Crist Yoder and his wife  run a 175-head dairy operation and raise hay, corn, peanuts and sorghum. Their summer garden overflows with vegetables that keep the family’s three freezers stocked.

"Some bed-and-breakfasts enforce a “o-kids policy; White House Farm encourages guests to bring children along for fun at the farm. There are cats to cuddle and dogs to pet, along with goats, peacocks, turkeys, ducks, geese, chickens and, of course, cows.

"For the full-fledged farm-life feeling, Crist welcomes visitors to ... the barn for milking time, which is every day from 3 a.m. to 6 a.m. and again in the afternoon. Guests can simply watch the milking or try their hand at it. Kids can help Edna gather eggs or tend to goats. The Yoders invite guests to enjoy the farm as they wish—whether that means watching the grass grow from a comfy spot on the porch or helping with family chores."

According to "A Guide to Southern Food in Central Georgia:"

"Yoder's Deitsch Haus Restaurant and Bakery is a cafeteria that serves lunch and dinner. It sits along side a peaceful country road in Mennonite farmland. The Mennonites who run Yoder's have their own distinctive style of country cooking, although some items on the menu are very much Southern such as fried okra and turnip greens. Shredded beef, fried shrimp, shredded ham with a pineapple glaze, and country fried steak are some of the meat choices. The prices are very reasonable.

"Pie is the main dessert featured in the cafeteria line including coconut cream, shoofly, pecan and others. Usually there are slices of cake as well. Yoder's has an attached bakery that has a variety of cakes such as Red Velvet, caramel, carrot, German chocolate, coconut, Key Lime, and hummingbird cakes. Other items sold in the bakery include breads, brownies, cinnamon rolls, cookies, and whole pies."